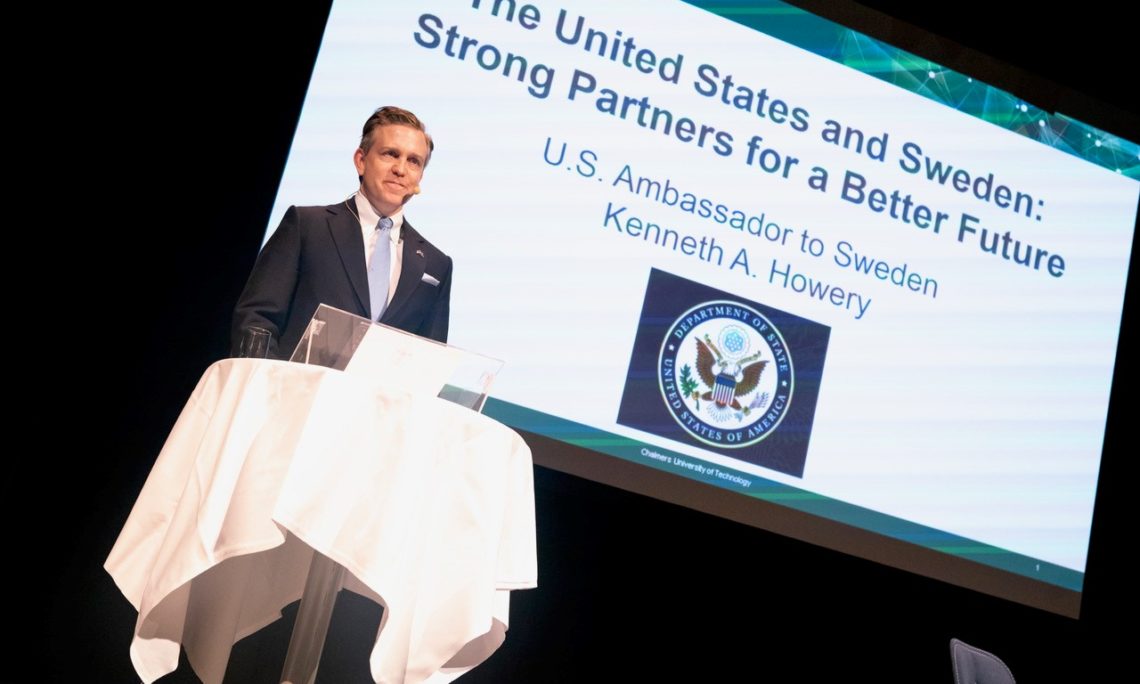 U.S. Ambassador to Sweden Ken Howery travelled to Gothenburg January 14–17, 2020 on his first trip outside Stockholm since arriving in Sweden in October.   Chalmers University of Technology was his first stop, where he spoke with University President Bengtsson and Student Union President Norman, gave a major speech on the U.S.-Swedish partnership and U.S. priorities, including shared opportunities on trade, China, and 5G, and discussed sustainability and innovation with VP Hörstedt.