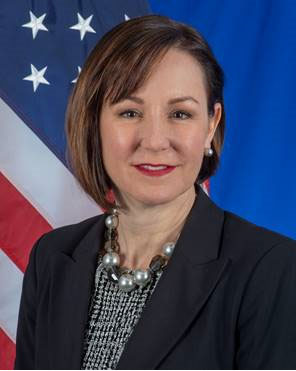 Pam served as Political-Economic Counselor in Lusaka, Zambia and as political-military officer at the U.S. Embassies in London and Ankara, as well as in the Department’s Africa bureau. Her other assignments include the State Department Operations Center; Port Louis, Mauritius; and Calgary, Canada.

Pam holds Bachelor’s and Master’s degrees from Baylor University as well as a Master’s in National Security Resource Strategy from the National Defense University. She is married to Eric Tremont and they have one son.