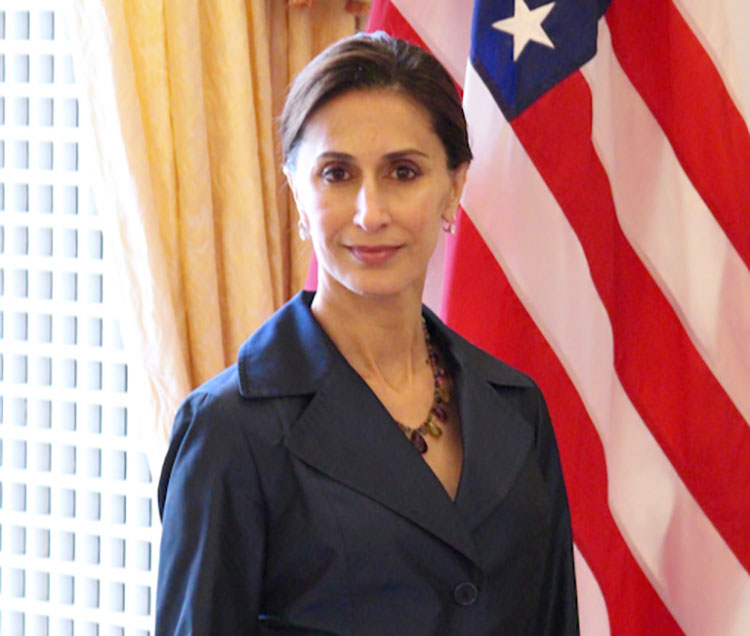 Ambassador Raji was nominated for the State Department’s highest award for a non-career ambassador, the Sue M. Cobb Prize for Exemplary Diplomatic Service.  She was the first female United States ambassador to Sweden, as well as the first Iranian-born American to serve as an ambassador of the United States.

During her time in Sweden, she was the first U.S. Ambassador to Sweden to march in the Pride Parade and made an unforgettable appearance delivering Bob Dylan’s letter to the Nobel Committee at the Nobel Banquet, in recognition of Dylan being awarded the 2016 Nobel Prize in Literature.

However, the deepest impression Azita made was on the people that had the privilege of knowing her.  Her loss will be deeply felt by all she touched.  Our warmest thoughts and deepest condolences are with her husband Gary and her daughters. She was an inspiring leader, who loved her time in Sweden and the relationships she made.

The Embassy flag will be at half staff for three days in her honor.