Home Home | News & Events | The rise of the independent voter 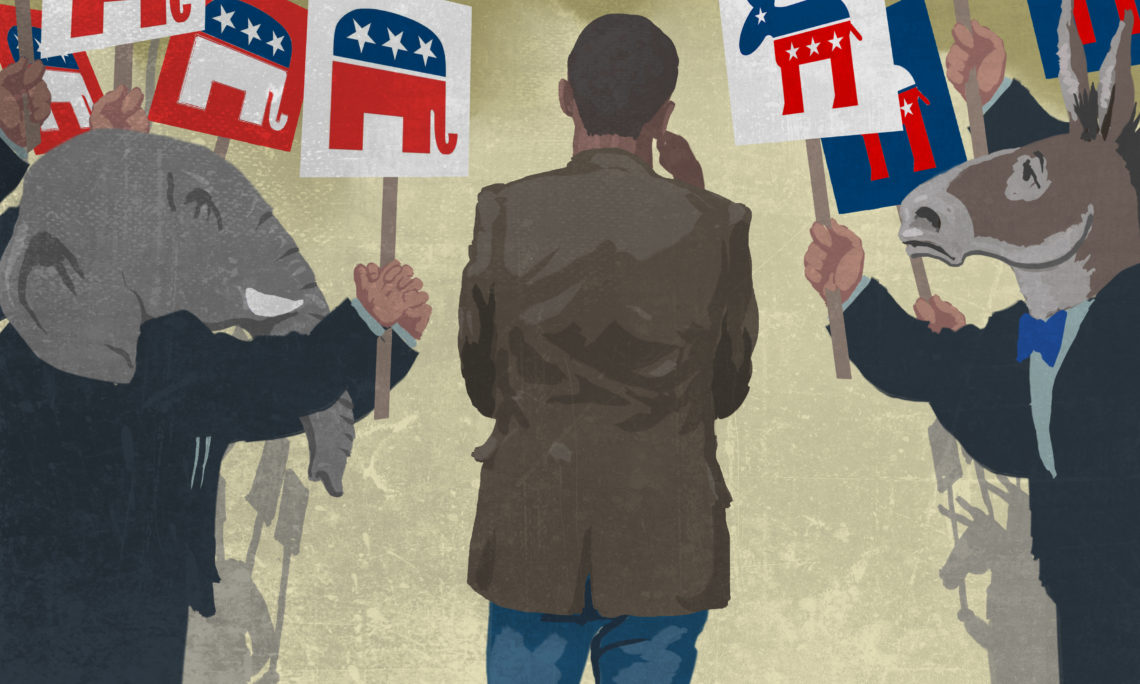 The United States has two major political parties: Democratic and Republican. Ask an American voter which one she or he sides with, and the most likely answer is: “neither.”

America’s founders did not envision political parties, but even under George Washington, the first president, factions arose, with Americans divided by the issue of how much power the new central government should have.

What is behind the rise of unaffiliated or “independent” voters? Young people, says Nebraska State Senator Adam Morfeld. He says voters in their 20s and 30s are less likely than their parents to identify with a political party.

“I think that’s a generational thing,” Morfeld adds. “People — young people in particular — are identifying less and less with institutions, not just political institutions but institutions in general, and more with causes.” He’s observed the trend both as a political candidate and as the executive director of a nonprofit organization that encourages youth political participation.

Morfeld cites the prevalence of more complex and diverse news sources as one reason party ties have loosened. Before cheap and unlimited information became available over the Internet, he observes, political organizations played a much bigger role in bringing like-minded voters together and motivating them to support a candidate or platform.

Despite the growing numbers of political independents, there are still advantages to affiliating with one of the two big parties. Candidate selection is one: Some states have “closed” primary elections in which only registered party members can vote.

Even so, Democrats and Republicans will keep reaching out to independents — because that’s where the votes are.